This stage is all about establishing relationships and laying the groundwork for a strong, trusting research collective with a clear project vision.

Many PAR projects are started because there is already an issue or a problem within a community that community members are interested in resolving. They tend to be most successful when building on previous and ongoing efforts to examine and change systems, institutions, and processes that fail to include and support all members of a community.

For example, in the Carleton-Faribault PAR project, community members in Faribault including parents and teachers and Carleton staff, faculty, and students had been working to provide better opportunities for students in Faribault. When an opportunity to apply for a grant that focused on PAR came up, the college and various stakeholders in the community in Faribault were able to come together and decide to focus on the issue of education. Deciding on a specific focus involved negotiation and compromise and an attention to funding possibilities. In initial discussions about this project, for example, Faribault community members expressed the need for data on the daily lives of Faribault’s Somali and Latinx community members in a broad range of settings. The director of Carleton’s civic engagement suggested that the focus should be narrowed down to look at one specific context of experiences–the schools–given the particular expertise of the faculty member involved and the long history of the college being involved in educational issues in Faribault.

For a PAR project to be successful, it needs to involve those who are most affected by the problem being investigated.

In university-initiated PAR projects that involve working with community partners outside of the universities, these questions are important to consider:

For the Carleton-Faribault project, initial conversations between the Carleton team members and various community partners led to a focus on the educational experiences of Somali and Latinx youth in Faribault and the experiences of the mostly white teaching staff working in schools that have undergone a dramatic demographic shift in the last ten years. Since the focus was on the lower rates of high school graduation rates among the town’s Somali and Latinx communities in comparison to the white community, the initial partners and stakeholders involved Somali and Latinx students and parents as well as white teachers and administrators. The Carleton team involved an educational studies professor and staff of the college’s civic engagement center. The initial people involved in crafting the grant application all had ongoing and long-term relationships with each other through their work on various community-based projects in Faribault.

Building relationships and a sense of community is central to the PAR process. Because the process involves deep collaboration, research teams have to develop community norms and democratic decision-making processes. Because the problems being investigated in PAR projects are often deeply personal for those involved, trust is key to ensuring that people feel safe enough to share their experiences and ideas. 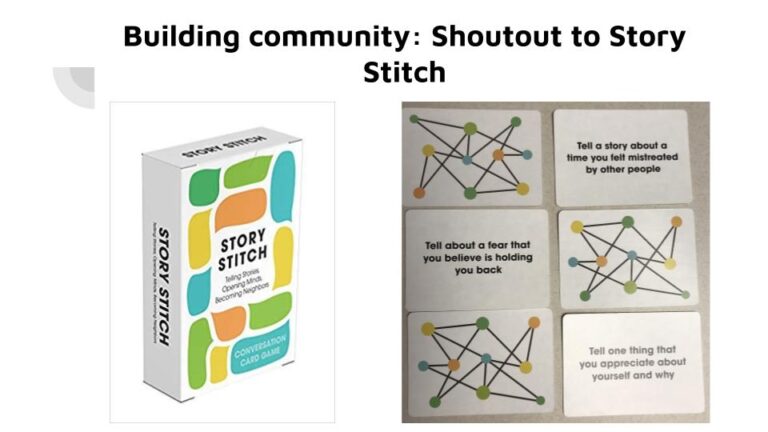 Another community-building activity is the “cultural artifacts” activity:

Please bring one cultural artifact to the first day of the workshop (some kind of symbol or object that represents you, your family, your heritage, your environment, etc.). Be ready to share a story about why this artifact is meaningful to you and how it helps explain who you are.
As you choose your item, consider the things and ideas that you value. For our purposes, a cultural artifact can be something that represents some important aspects of your social identities (e.g. ethnicity, gender, race, religious tradition, sexuality, socio-economic class) or that represents where you come from, what’s important to you, your worldview, etc. There is no right or wrong way to decide on your item. Whatever direction you take it will be perfect.

All research team meetings can start with a check-in question that can range from the silly (e.g. What’s your favorite breakfast food?) to the substantial (e.g. share a high and a low from this past week).

Teams also created community norms and ground rules for themselves, which helped establish the norms for their meetings:

As PAR scholars have noted, PAR projects take time and the process is often messy and unpredictable. There will be inevitable conflicts of interests, ideas, and identities. The principles of participatory action research encourage everyone involved in the research endeavor to “excavate and explore disagreements and disjunctures rather than smooth them over in the interests of consensus” (Torre, 2009). Coming back to the ground rules and established community norms can support a team in resolving conflicts and moving forward. It’s important to have real conversations about power, not just between marginalized groups within a community and those in power, but also interpersonal power within a research team who might share cultural identities and backgrounds. For example, how does the group account for differences in communication style, levels of comfort with conflict, conflict resolution styles, and so forth? It’s important to reflect regularly on these dynamics.

This tool created by researchers at University of Denver provides a concrete way for PAR teams to name their values and make power dynamics explicit. You can find an editable Word version of the power mapping tool and more information here.

In PAR projects, answers to questions about building knowledge, gathering and analyzing data and sharing findings should be collectively decided. Questions to consider:

Because PAR is an approach to conducting research and not a methodology, PAR teams can use a range of methodologies in generating research questions and data pertaining to what they want to investigate. The community research teams in Faribault learned about various research methodologies as they worked together to determine what methods were best suited for what they wanted to find out. It’s important to ground research methods and analyses in cultural norms of groups that have been historically marginalized from academia, even as groups learn about mainstream ways to do research.

Memorandums of Understanding, Other Collaborative Research Agreements, and Related Tools

What are Memorandums of Understanding?

Reciprocity and Equity in Partnership

In this stage, the collective carries out the research using whatever methods they’ve decided upon.

PAR projects can use a broad range of methods: surveys, interviews, self-study, social media research, photovoice,  speaking with relevant experts and so forth. The Berkeley YPAR Hub provides a great overview and lesson plans for teams to learn more about these various methods. For example, the PAR study Our HMoob American College Paj Ntaub used semi-structured interviews, observations, artifact analysis, and autoethnographic journaling to examining the sociocultural and institutional factors that impact the college experiences of HMoob American students. You can learn more about that project here (research methods description starts at 22:20).

You can also learn more about the various research methods used by the community teams in Faribault here.

The action aspect of participatory action research is crucial to what makes PAR projects different from traditional research projects. Researching and theorizing about systems of inequity without proposing and carrying out changes would only replicate those systems. Action researchers make a fundamental commitment to “bring about change as part of the research act” (Brydon-Miller, Greenwood & Maguire, 2003, p. 15).

The action stage of a PAR project can take a variety of forms.

For example, based on the research conducted by the various community research teams in Faribault, the high school administrators shifted several school policies and practices such as ending the “no hood/hat” policy that resulted in fewer disciplinary actions against students and changing morning supervision routines to ensure that every student has at least three positive interactions with an adult before first period. The school also instituted monthly meetings between high school administrators and Somali and Latinx parents and ensured that phone calls and letters to parents were sent in Spanish and Somali, in addition to English.

Many PAR teams see dissemination of their findings through presentations and creative avenues such as performances as an important action because community knowledge and education can be a crucial part of changing systems and structures. The Polling for Justice youth participatory action research team, for example, created a performance and a video to get out the word about their data about youth experiences of injustice in education, criminal justice, and public health systems in New York City.

The community-based organization, SaLaHmo Partnership for Health and Wellness was part of a collaborative PAR project called the Hospice Stories Project that aimed to build culturally relevant awareness around hospice care in Latino, Somali and Hmong communities in the Twin Cities. They disseminated information they gathered from interviews with families as audio and video stories in Hmong, Somali and Spanish. You find links to these stories on their website under “Radio Stories.”

Synthesized and adapted from:

Morris, M. (2002). Participatory research and action: A guide to becoming a researcher for social change. Ottawa, ON: Canadian Research Institute for the Advancement of Women (CRIAW).